"Everybody's somebody in Luckenbach" 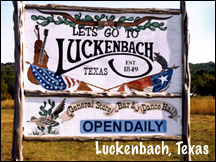 CHAMBER, TOURISM & ECONOMIC DEVELOPMENT: None other than by the private businesses listed below. 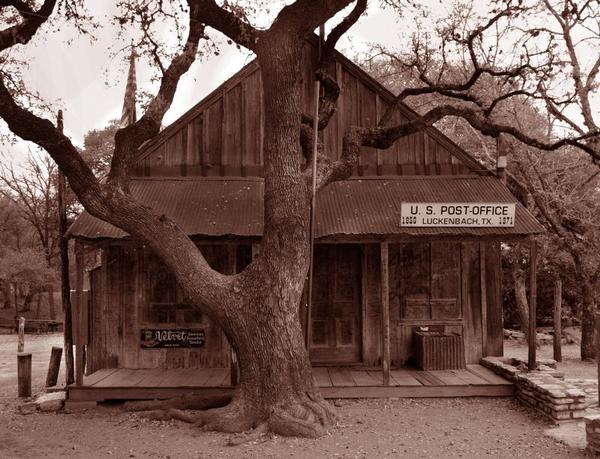 For full details on these and nearby events see Festivals & Major Events, Trade Days & Farmers Markets, Live Entertainment, and calendars on our other focus topic pages accessible from the menu above.

HISTORY: Handbook of Texas Online: "Luckenbach is a scenic community in southeastern Gillespie County with strong musical associations. The site was settled in the late 1840s and early 1850s by German farmers, among them the brothers Jacob Luckenbach and August Luckenbach. Jacob was a veteran of the Texas Revolution. The pleasant setting is a mixture of caliche hills and bottomlands on Grape Creek, a tributary of the Pedernales River.

The first post office opened in 1854 under the name of South Grape Creek. Mrs. Albert Luckenbach, nee Minnie Engel, established a store and saloon. A dance hall, a cotton gin, and a blacksmith shop were in existence by the late 1800s. A number of family cemeteries and a Catholic cemetery were also established. The growing population supported a primary school and a Methodist church. Residents in addition to Methodists included in roughly equal numbers Lutherans and Catholics. One local schoolmaster, Jacob F. Brodbeck, designed and tested an airplane in this community, but a major demonstration flight in 1865 terminated in a crash.

Sometime in the later 1800s the post office closed. When it reopened in 1886, August Engel served as postmaster and renamed the town Luckenbach. William Engel became the next postmaster and opened the general store, which remains today in its original building. In 1896 the population was 150. It increased to a high of 492 in 1904 but declined dramatically in the first half of the twentieth century. From the 1920s to the 1950s Luckenbach had a population of twenty.

The dance hall was rebuilt by the early 1930s, and the new structure included a maple dance floor. During dances, William's wife, Anna Schupp Engel, often served homemade dishes on her own china plates. When William died in 1935, his sons assumed control of the family businesses, including the saloon and dance hall. One son, Benno Engel, served as the new postmaster. The town's population was sixty in 1960 but shrank during the following decades to twenty-five. By 1967 the seven-grade school was consolidated with the Fredericksburg schools.

In 1971 Benno Engel sold Luckenbach to John Russell (Hondo) Crouch, from nearby Comfort. Kathy Morgan and Guich Koock also bought into the town as Crouch's partners. Styling himself the "mayor" and "Clown Prince of Luckenbach," Crouch, a former swimming champion, actor, and columnist, declared Luckenbach "a free state...of mind" and successfully turned the small community into a foil of the nearby "Texas White House" - Lyndon Johnson's place down the Pedernales at the LBJ Ranch. In 1973 singer-songwriter Jerry Jeff Walker recorded his best-selling album Viva Terlingua in Luckenbach. Frequent festivals-including an annual Mud Daubers' Day, an annual Hug-In, a women's chili cook-off, the Luckenbach Great World's Fair, and the Non-Buy Centennial Celebration (a take-off from the Republic of Texas Bicentennial in 1986), to which the Prince of Wales and Elizabeth Taylor were invited-brought tens of thousands of people to the pastoral setting.

Popularized in regional culture as the place where "Everybody is Somebody," Luckenbach achieved legendary proportions in 1977, the year after Hondo's death, when the Waylon Jennings hit song "Luckenbach, Texas (Back to the Basics of Love)" became a national favorite. The town attracted both professional and amateur musicians who enjoyed the laid-back, historic atmosphere. State historical markers for the Luckenbach school and town of Luckenbach were erected in 1982 and 1986, respectively. At the beginning of the new millennium the Texas Almanac gave the population of Luckenbach as twenty-five, even though the marker for tourists at the entrance to "old" Luckenbach gave the population as three. A Luckenbach Club continued to meet seasonally at the old school to maintain the grounds and to support what remained of a sense of community.

Luckenbach was the site of Willie Nelson's Fourth of July Picnic from 1995 through 1999. In December 2002 Texas Monthly listed the town in the "Top 25 Unusual Treasures of Texas." The dance hall continued to be a popular gathering place for area and visiting musicians. Although most road signs directing travelers to Luckenbach have been stolen as souvenirs, the determined visitor still can find the historic hamlet just a few miles east of Fredericksburg, on Farm Road 1376 south of U.S. 290."

Area settled in 1840's. The community was named for Mrs. Albert Luckenbach, who established a post office here.

Humorist Hondo Crouch bought Luckenback in 1971 after seeing it advertised in a newspaper.

NOTES:
We welcome inquiries, comments and submission of updates, additions, corrections & digital photos,
without compensation. Send to Editor at:
editor@HillCountryPortal.com

Note, the Luckenbach "Post Office" is not an active USPS facility. This building is the historic but non-active post office building. It is open for viewing and now contains a retail western goods retail store. 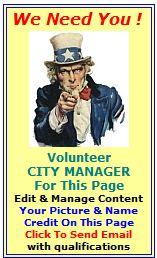